Just Lead - Everyone Can

Where can you lead? I believe that leadership is not a single innate ability one has or has not. Leadership is a skill that is developed and honed as a combination of many abilities. First you have to figure out to where or for what you want to be a leader. It is then just a matter of knowing it in your head and moving those thoughts, images and feelings into your heart. Once in your heart, you will be on auto-pilot and nothing will stand in your way. 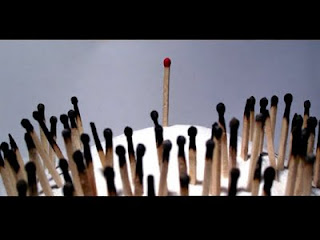 So, where is it that you want to go, or, what is it that you want to have? What do you want to say about you? I always thought this was the easy part; answering the question of what I want. But, as I've grown older, experienced more, read more, been mentored and actually taken the time to notice, I've found things other than those I had been focusing upon. I had focused on those things that others thought I should do. I was taking the safe road. It was easy to play the odds. When faced with choices, I weighed things based upon what put me into a stronger position. Things like versatility and breadth of experiences measured higher. It was a matter of not being objectionable, rather than being favorable to me. I've found it is more work to move these goals into my heart. Sometimes it's more risky to go with what you really want. But, that is what makes their achievement all the more rewarding.


What do they say about you? What do you say about you? What are your strengths? What are your weaknesses? Most of the time we shouldn't care what other people have to say. We want to be popular and accepted, but when it comes to achieving what we want, we want to consider what the mirror and other people say or think about our strengths and weaknesses. When you've identified those people who have the position of rendering an accurate and qualified analysis for you, which in and of itself may be ranked as one of our strengths or weaknesses, you have to exercise that analysis. Once we use these resources successfully, we can use our strengths with skillful precision, build up habits that help to strengthen our weaknesses, or, in the end, realize we shouldn't be doing this alone anyway, and leverage those in our mastermind group who are strong in those areas.


Moving a single step in the right direction, is one further than someone else has taken. You are then qualified to lead something to and through that step. You then just move one more. And, repeat the process of leading someone else to and through that step. Before you know it, there will be a very long line of steps you have mastered and lead someone to them and through them.
Where can you lead? I believe that leadership is not a single innate ability one has or has not. Leadership is a set of skills that are developed and honed as a combination of many abilities. You don't have to have all of these abilities yourself. In fact it puts you in the best position if you have a mastermind team working with you. First you have to figure out to where or for what you are able to lead. The single goal. It is then just a matter of reinforcing that knowledge in your head and moving those thoughts, images and feelings of that goal into your heart. The more senses you devote to this task, the easier and more installed in your heart it will become. Once in your heart, you will be on auto-pilot and nothing will stand in your way.