Tune In! A Spiritual Radio Transceiver 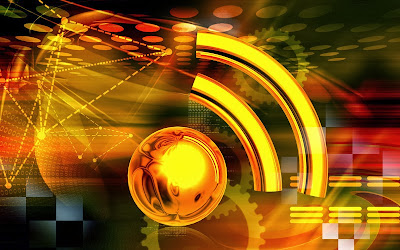 I was again amazed today, when I found that thoughts I just had were echoed by a post by two different people I know, at exactly the same moment they were creating their work, but each at two different times today. It is exactly like we were thinking the exact same thing, at the same time. But, the emotional thoughts I experienced were disconnected from the stream of thought I was having at the time, and were momentary diversions.

In the first instance, I was looking through a site that has 13 million photographs for a picture for a blog post. In order to be effective, I've found that searching on terms relevant to either the headline and/or content is helpful in keeping this task quick and efficient. I don't have all day to find a good picture. As I choose my picture, this other picture really caught my eye. It was a thought I had received from the ether, telling me that this other graphic, although not on mark for what I was doing right now, would be perfect to something else. I took a mental note of that, but was not driven to select it and download it now, but to perhaps return later. I have subsequently seen this exact picture on another's blog post, which was clearly posted just after my experience at the photo site. When I saw it, I instantly recalled my contemplation earlier and inspired to include the story in this week's lesson.

The second instance was similar. In addition to the photo site, there are other social media services that provide pictures that can be used for a meme or blog posts, or even marketing and advertising copy. I was in the process of scanning one of these when I experienced the very same emotional thought. My attention was drawn to a picture, that was not relevant for what I was researching, but impressed upon me that it was great for another purpose. The purpose was beyond my grasp, at the time. But, when I saw the graphic in use, just a couple of hours later, my emotional thought was completed with the notion that the effort was completed and the desire effect fulfilled. Upon reflection I believe I experienced excerpts of the process used by another, and the completed message was mentally communicated significantly before I actually saw the finished product. I believe I heard the echo of their epiphany or aha moment.

Like tuning a radio, our thoughts scan the frequencies for sympathetic vibrations. The more people that identify and echo a thought, the louder the volume. The volume can also be increased by using stronger positive emotional bonds on the thought. Squelching then negative emotions, which often drown out the positive thoughts, also helps to increase the positive volume. Amplifying the positive emotions through habitual reinforcement is crucial to avoiding distraction or outright derailment.

Unlike radio, proximity seems to have little role. We can be a world apart, yet experience the vibration inside. I think this can be called spiritual, too. It is deeply internal, yet, at the very same instant, it is extremely external, reaching across space and time.

P.S. How often have you said Your self-talk today? Tune Your mental harmony for Your success now.

P.P.S. If you would like to explore other perspectives on this topic, in our weekly mastermind, please follow this link.

Love this Tony! Our minds send and receive energy waves - aka thoughts and feelings - continually.

Expand your awareness to see who you are vibing with via these thoughts and feelings.

Great article Tony! There are no such thing as coincidences, so pay attention to these messages they always mean something!

Personally I love when things like this happen, it brings a sense of harmony!

I absolutely love it when things like this happen. It makes me giggly. Thank you for sharing your experience with us and can hardly wait to hear more!

This is great Tony! It's all about being aware of things and expanding your horizons. Thanks for sharing this great piece!