Dare To Retake Control Of Your Mind 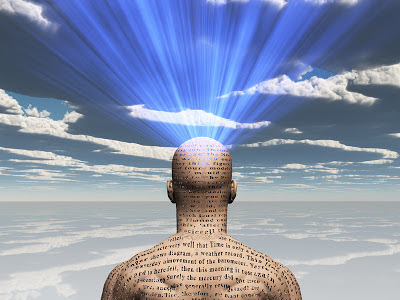 I KNOW I understand this concept, most times, and I THINK I understand this concept, sometimes. I am a Computer Engineer trained in electronics. I am also a Computer Programmer trained in computer programming languages. That training was simply learning the things that were thought up by someone else - the building blocks, like bricks. I don't recreate the brick, usually, I just assemble groups of them in different ways. Maybe I chop away pieces of the blocks, but I rarely consider changing the material the brick is made of, nor using something other than mortar to glue it together. Everyone is trained to conform to the system, at least in the corporate and business world. Even me. I say that I can draw out a plan and then build what was designed, but even using the words "can draw" instead of "am drawing" is holding me back.

Just the difference in the thoughts of actually doing it, and now; instead of might, could, or possibly, etc. - is the only difference between calling upon the universe to assemble the resources necessary to fulfill the goal, or not.

In Mentoring for Free the system begins by teaching about people and their personalities. Before we can begin to understand other people, we first have to understand ourselves.

Our minds are the most complicated and sophisticated computer there is. But even calling it a computer doesn't do it justice. Aside from the five senses it has, it also has an electrochemical system and body with emotional and spiritual components.

A mind designed the computer. A mind created programming languages and still continues to evolve both. Someday a mastermind group will evolve a computer to be mature enough to be able to really serve us as an intuitive tool requiring little or no training, instead of the complicated instruments they are today. Free thinking programmers who understand and know how to use and guide their own minds are needed, however, to drive us to the highest level of thought to even conceive the design, instead of formulating everything for the lowest common denominator. We are not even close to being all the same. We are all unique.

Together, I know that what is possible will totally overwhelm and astound. Masterminding our collective thoughts invokes and manifests unbounded results.

P.S. Give More. Enthusiastically Rejoice in Abundance for Sharing. Become a Hope and Inspiration for the New Year and New Beginnings: 30dayCleanse.com